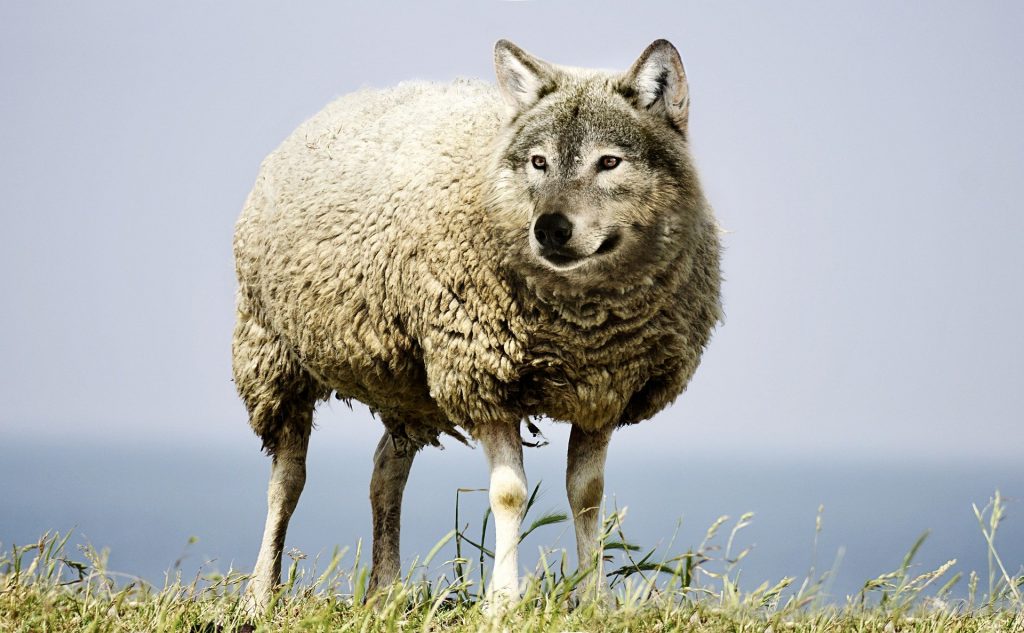 There are many things associated with how society is constructed, and one of the most overlooked causes is the dysfunction we produce in our own homes. How you treat your children will impact the world.

Most people focus on division, hatred, frustration, and emptiness because they choose to ignore the abuse in their homes. This negativity has been ingrained in them from childhood because of an overwhelming need to control children. Fear-based control allows parents to manipulate and mistreat their children, which sets the stage to become victims.

Imagine living in a home where all you see is screaming, criticism, punishment, and dishonesty, and as a kid, you are told to the world is dangerous. You are told there will be people, whom you have never met, but they will take advantage of you.

There are continuous warnings of how negative and unloving the world can be but never an honest examination of the disconnect in your own home. It is far easier to be ignorant and blame the world than actually take the time to understand the unraveling of connection in your family.

The stage is set for your child to be bullied, trapped in fear, and feel helpless by how they are treated while under your dependency. Their childhood is a time that demands your best, and while they grow, you must give them the love, connection, and tools to flourish in a chaotic world.

The common narrative is Divide and Conquer.

Most people continually accept lies and empty promises from those in charge who supposedly have the people’s best interest. The system is void of accountability and responsibility, and for a good reason. To be easily controlled, we need to get them while they’re young. What we accept in our lives as adults is a reflection of a painful childhood.

Why do so many hold to the false beliefs to a system that lacks integrity?

Bribes are easily accepted with magical stimulus checks from the government and the promise for an easier life. The fear of failure has allowed even more control in everyone’s day-to-day activities. People who are afraid to fail were over-controlled as children and will easily allow others to control them as adults. More rules and laws can not alleviate the pain from this trap.

Emotional pain that was trapped inside of you from childhood is what shapes society today.

The constant control, abuse, neglect, and manipulation we force on children unfolds to create a system that preys upon its citizens. We have been conditioning our kids to accept exploitation as a normal part of life, which causes the common fight or flight mechanism to engage. When children constantly experience trauma, they have difficulty learning, and it conditions them to overreact to even the easiest solved problems.

Only through peaceful interaction, negotiation, and reasoning can we create children who will stand up to abusers and defend their freedoms as adults. The corrupt nature we have accepted as parents perpetuates the dysfunctional society that everyone complains about that never gets resolved.

The suffering caused by bullying our children is ignored in today’s world. If another person were mistreated the way most traditional parenting methods recommend, there would be public outrage. It amazes me how unaware the world has become of the mistreatment of children. To honestly think using physical and emotional abuse with raising your kids would produce a healthy society is one of the greatest forms of self-deception.

When a majority of parents avoid the legitimate pain they went through and now cause this on their children; they unknowingly seek comfort from those who offer them an escape. This dysfunction allows them to be exploited by those who they perceive to hold power over their existence.

Dictatorships start in the home.

When you use power over your child because you are bigger and stronger, how do you think this will show up in their future? They become conditioned to the same fears that held you back in life and instinctively will do the same to their kids. If you condition your child to surrender to blind authority, they will easily be controlled as they join the ranks of other lost and wandering souls in society, and the cycle of abuse resumes.

The pressures to conform to majority rules are never based on moral standards. As a father, you need to do what is right and not establish your parenting on how so many openly advocate the abuse inflicted on their kids. Do you teach our kids they should not follow what everyone else does to belong?

“If all your friends jumped off a bridge, would you do it, too?”

Your job is not to force them to obey. You need to learn effective communication that allows you to parent effectively and peacefully. This is how you break the cycle of abuse that leads to modern-day enslavement.

Another destructive pattern we follow, which has just as dire implications as abuse, is parenting through bribes and rewards. You condition your child to obey with promises of pleasure. If they do things they don’t want to do, you will reward them with a gift. This creates a desire for instant gratification because the focus is more about the outcome than the process.

Because we look for easy ways to parent, we teach our children to desire immediate satisfaction. Growth will only come from a dedication to improvement.

This behavior shows up everywhere in our society by bribing people with resources they never have to obtain through personal achievement. If you create a system that allows behaviors to be directed by bribes, it focuses away from real progress and leads them to only seeking these rewards. Now throw in the taxation aspect, which creates conflicts associated with gaining others’ resources through government force, and you get further division.

Bribes may seem less harsh than physically hitting your child, but it has the same outcome – CONTROL!

The denial of childhood abuse shows up everywhere in a dysfunctional society. People are constantly exploited by broken promises from those in power and accept this abuse because of the constant need to escape their childhood pain.

When kids are given what is vital for healthy development, they will not obsessively seek external pleasures to fill this void. If you give a child what they want, it will not make them spoiled, and if you give them the proper nurturance and kindness when they’re younger, it will teach them the values they should accept in their lives.

They will not allow coercion, manipulation, and force as acceptable.

When you constantly use force, you are teaching your children to be selfish. You display that your needs are more important than others, especially when others don’t agree. When threats are used, they learn how to make others do what they want for their own benefit. This sets them up for one-way relationships that have them always searching for someone to fill that void.

Learning to negotiate is something drastically missing in this world. By implementing new ways to handle problems, you teach your children to do the same. They follow your advice better than they will follow your demands.

Children are mirrors of how we treat them, and a lack of happiness in your home is a clear indicator of your actions.

Spending all your time arguing, yelling, and bossing them around doesn’t create an enjoyable childhood. Removing these negative aspects will help your child and also help you have a better long-term parenting experience.

By taking ownership of your actions, you can start to make changes. By avoiding the areas you need to improve, you are blindly contributing to the degeneration of society. The lost connection with our parents over time has people constantly looking for validation from external sources.

Young adults are looking for patriarchal figures globally, which is missing from too many homes. Kids seek approval and masculine guidance because it’s missing in their homes and are consumed with thoughts they are not good enough and don’t deserve love.

You have the power to change this now.

You can bring healthy attachment back into your home that will shape the world for your children and your grandchildren.

If you need help with creating more peace in your home, schedule a meeting with me.

PrevPreviousWould You Die For Your Kids?
NextThe Consequences Of Bad Parenting.Next 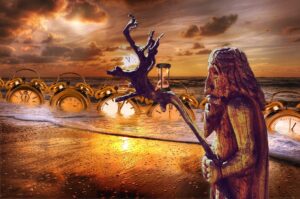 Making Real Connection With Your Kids

What has become the “normal” way of parenting has created more disconnect than we would like to admit.  Connecting with your kids is not an 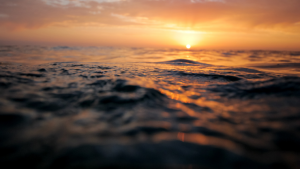 Thanks for joining me! Good company in a journey makes the way seem shorter. Izaak Walton 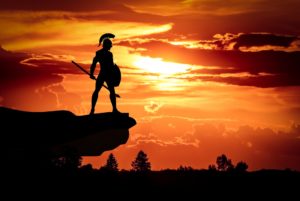 Nothing Genuine is Easily Destroyed

In a previous post that I wrote for The Forge of Men, I explained about how you are raising the next “Nice Guy.” I explained 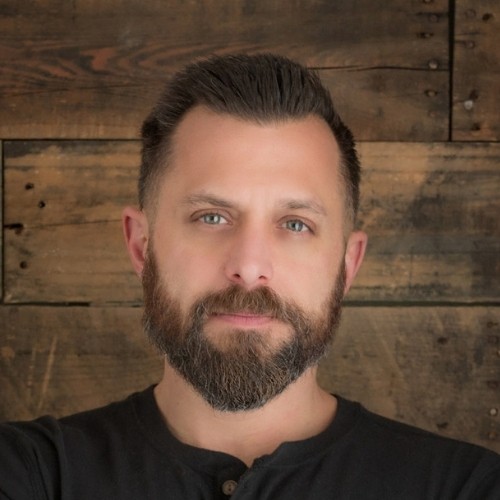 Wondering if you can turn your parent-child relationships around, get kids’ mom on board and create the family dynamic you always wanted?

"Working with Anthony has been life changing. His wisdom, gained through years of experience, has been invaluable in my journey to become a better father and a better man." 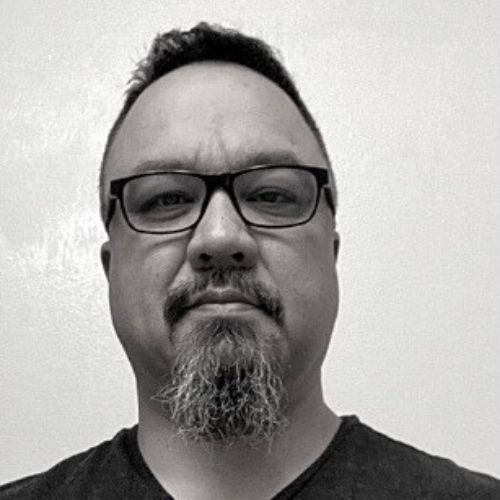 "Not only am I a better father because of working with Anthony, I am a better man. Anthony has positively impacted my family for generations to come. I can not adequately put into words how thankful I am to have him in my life.” 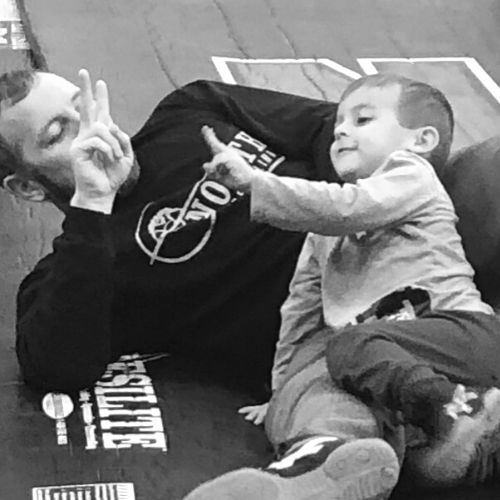 BOOK A COACHING CALL
WITH ANTHONY 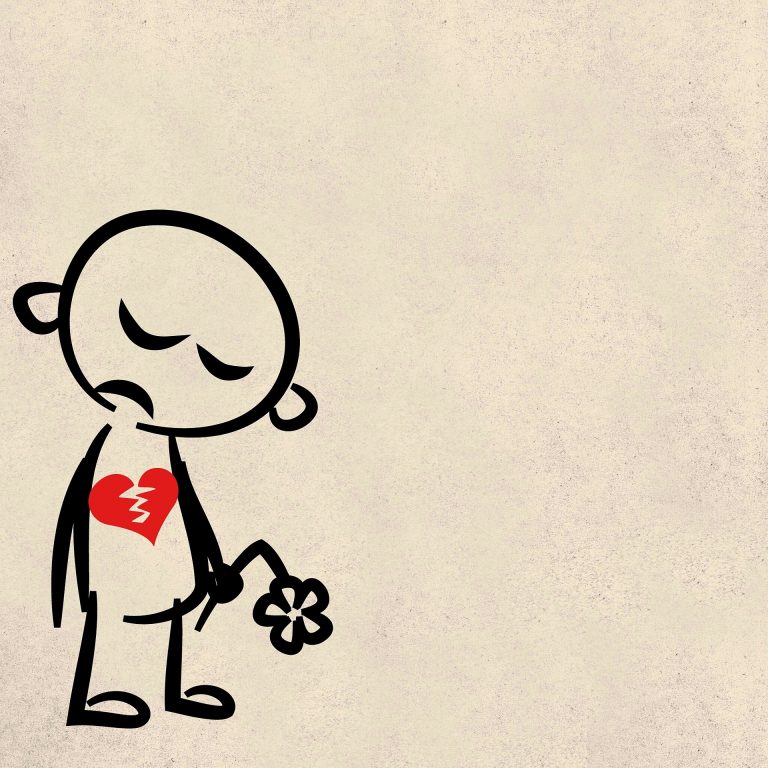 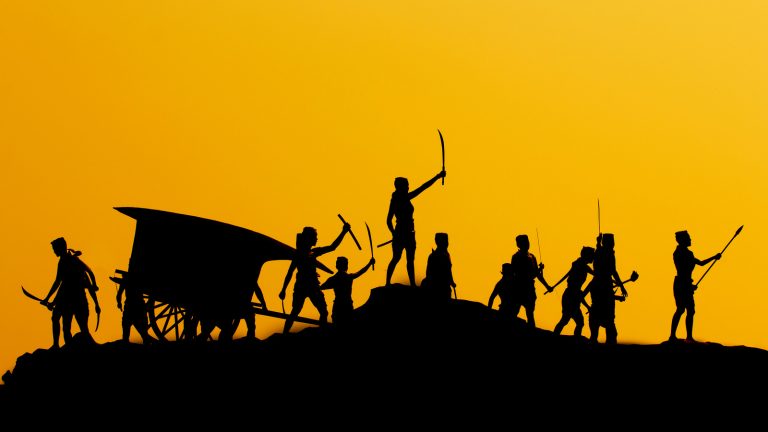 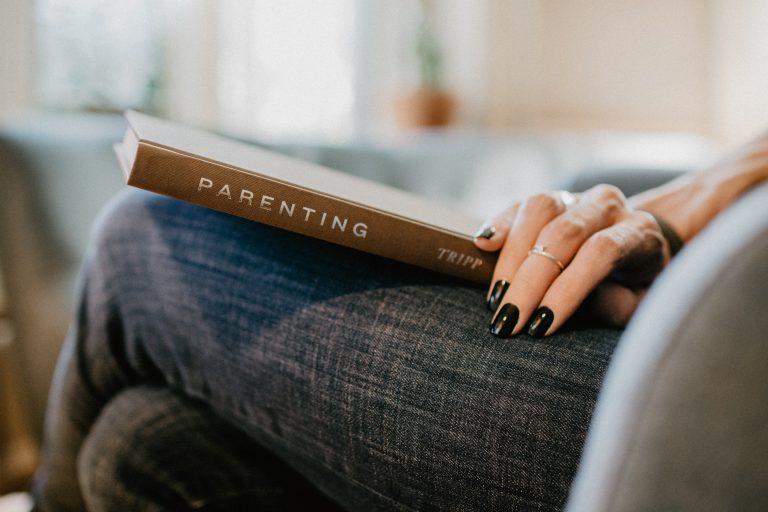 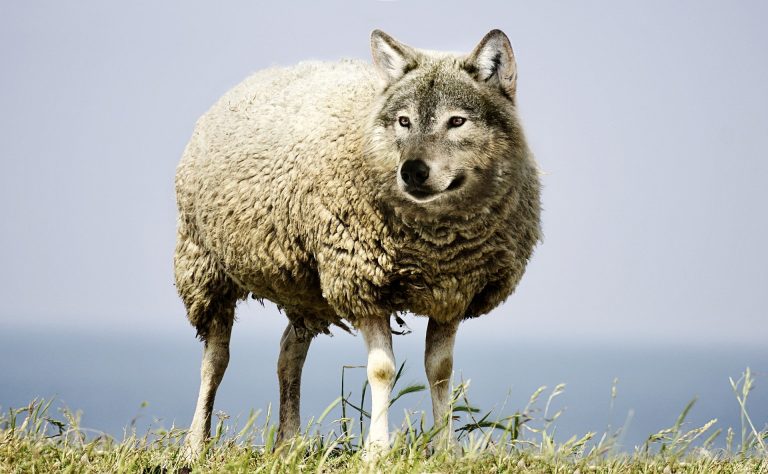 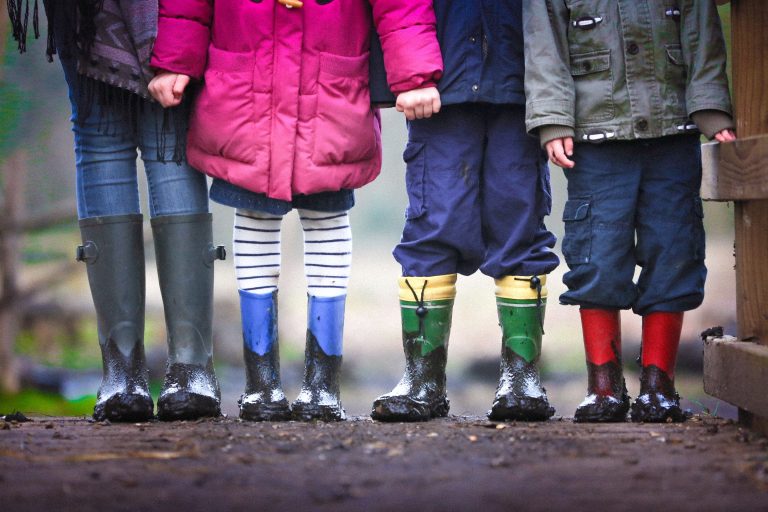 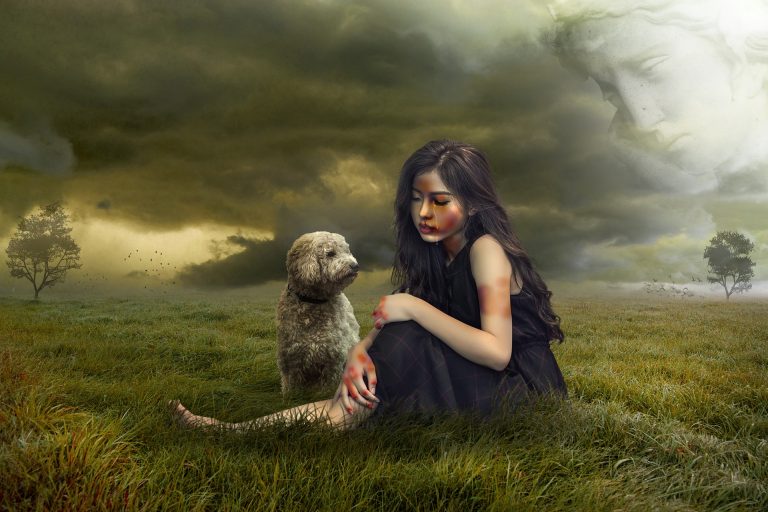 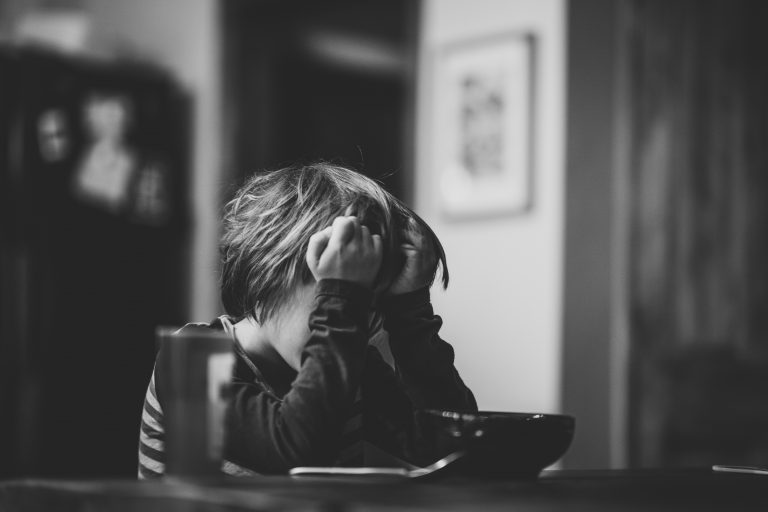 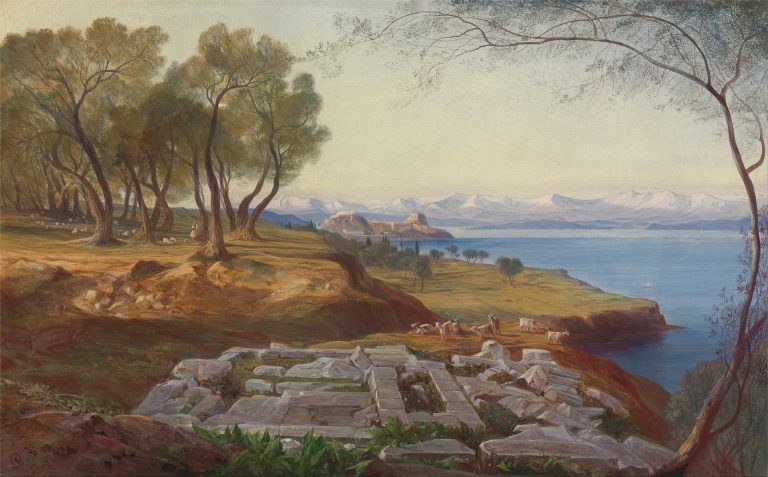 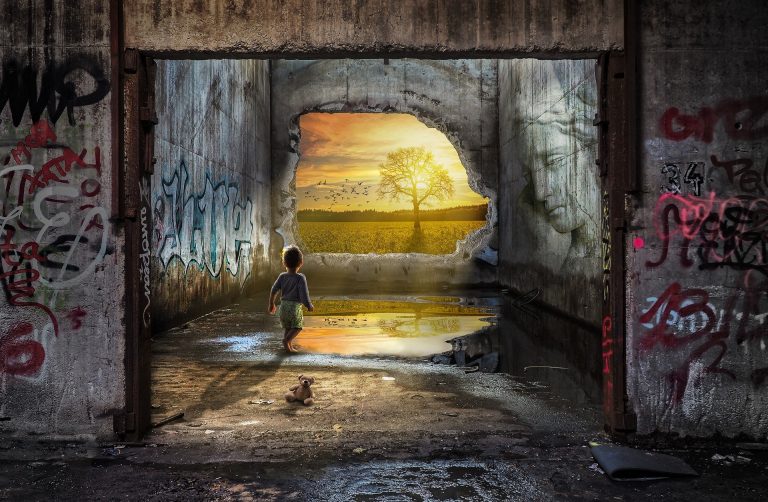 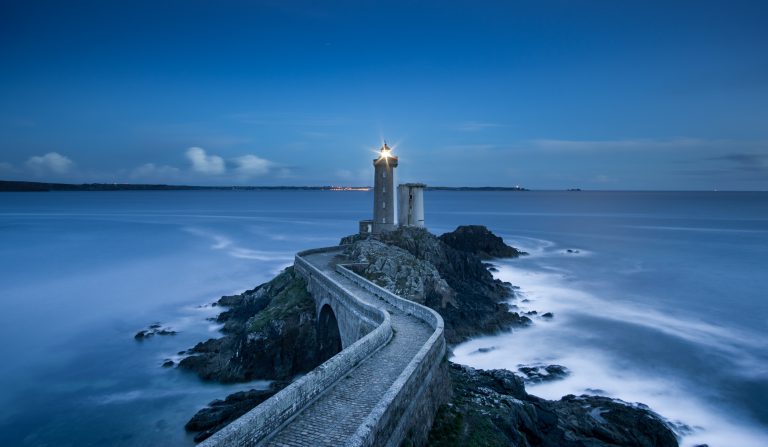